Protax Consulting Services
4.9
Based on 64 reviews

Stephan Henne
16:51 19 Dec 19
Marc Strohl was absolutely fantastic. He not only gave me the information I needed, but gave me additional professional advice, informed me about my personal situation, and connected me with other contacts who could help me to achieve my goals. Thank you for the great support.

Yiyue Wu
13:52 11 Dec 19
As a foreigner living in the US, Marc helped a lot about my tax issues with his professionalism. What also surprised me was he always replied and answered my questions at the first time I asked him. Highly recommend!

Amit Gupta
05:52 04 Dec 19
Marc was kind enough to speak with me on the phone to explain my options to file taxes as an expat. He was professional and came across as a subject matter expert. I would recommend him and his firm to anyone looking to file their taxes especially if they're expats.

Sam Mulligan
20:09 02 Dec 19
I don’t know where we would be without Marc and his team!!! Our tax situation was far too complicated to consider doing it by ourselves as expats. When we found Marc all our worries were answered! He not only filed our taxes throughly and in time but also encouraged and trained us into good filing behaviours to really keep on top of all the details! A very friendly and helpful team. If you are looking for tax advisors, look no further!

Mala P
02:24 27 Nov 19
Marc is very knowledgeable and pays great attention to detail. It is rarity to find a CPA like him that has such a good grasp on how to file taxes as an F1-Student. It was a pleasure talking to him and I learned a lot from our phone call.

Maram Azar
01:23 22 Nov 19
I had the pleasure of speaking with Marc Strohl regarding some tax questions of mine. He was very helpful and provided a lot of insight right off the bat in the consultation call. His level of transparency was very much appreciated!

Bas Everts
12:10 20 Nov 19
I went to an extend to find the best CPA in the US to do my taxes as an Expat living in the US. The IRS in the US is very difficult to deal with but after finding ProTax and teaming up with Marc Strohl, he made my tax filling a perfect process. I have used Protax now for many years and would change a thing. To give you an example; I my case the IRS made a significant mistake one year and charged me a lot of extra money what they demanded for me to pay a.s.a.p, Marc Strohl took not only care of this matter (fixings the IRS mistake) but he also made sure I would receive my money back from them as soon as possible. He knows how to put a little pressure on the IRS. All and all, he is a great professional to work with, he does not take any shortcuts and will advice you in the best possible way. He is very prompt with responding and even if its quite, he is still working for you. I have nothing more than great respect for this service. Its hard to find anything close to this (in the US). If you read this because you are looking to find a CPA to put your mind at rest, don't look further, go with ProTax. I do not work or have any ties to ProTax, I am just an Expat that wants other foreign workers to get the level of service we need when working overseas.

Balazs Bognar
01:12 19 Nov 19
Marc and the Protax team are professionals par excellence. Friendly, thorough, and deeply knowledgeable. Efficient and timely communication. Much appreciated with the no-nonsense, straight-to-the-point approach; I look forward to working with Marc and his team for the next tax cycle!

Michael T
04:59 29 Oct 19
I contacted Protax Consulting Services with a query on US estate taxes. They replied promptly and gave me the information I needed. Professional and courteous.

Chex Yu
23:11 05 Oct 19
Marc was very helpful in getting some of my initial questions answered even just for the first pro-bono consultation.

Derek Tsui
22:11 24 Sep 19
Had a half hour open discussion about tax implication of assets in foreign currencies. Seems very knowledgeable. Upfront about legal and tax regulations. I liked that he had contacts in Australia and knew the people there personally (I am an Australian national). Would recommend people to explore potentially hiring him.

Phoebe Kim
11:37 11 Sep 19
I sent an inquiry via their online contact form, and Marc reached out to me just within couple hours to schedule a complimentary 30-minute consultation for the next day. He was extremely knowledgeable and showed his concern for my situation.

Jenna Hildebrand
21:28 29 Aug 19
I couldn't say enough positive things about Marc. He was extremely helpful and prompt with his responses and even went the extra mile to call me and talk through my concerns while he was on vacation. His knowledge is unparalleled and I have no hesitations moving forward with his firm. Thanks Marc!

A Google User
13:35 09 Jun 19
Me and my husband are very impressed by their professional courtesy and helpful advice. Marc is very knowledgeable and friendly. He’s very quick and practical with strong costumer service. We will recommend everyone family and friends. Thank you Marc ?

A Google User
16:57 08 May 19
I used PROTAX Consulting Services for 6 years while I was working overseas. The services I received were of the highest quality. Marc Strohl is a top of the line CPA. He and his team were always available with quick turnaround to questions with expert responses and advice.

A Google User
05:19 15 Mar 19
I have been working with Protax Consulting Services for the past 10 years. Upon moving from Toronto to NYC in the summer of 2007 to take on a permanent role at one of the large foreign banks, I had no idea how complex the cross boarder tax filing process was going to be for the next several years. My employer used the services of one of the top 5 tax firms to file my taxes the first year after I moved. But I was on my own after that. I was referred to Protax by a friend who moved to the US just a year earlier. Working with Protax over the years to address the cross boarder and dual tax filing has been a blessing. The Protax team's detailed knowledge of the tax laws in Canada and the US, their timeliness in addressing every matter, their attention to detail, and their professionalism is top quality. I stand behind every word I say here considering I have worked with them for 10 years and I highly recommend them especially when cross border tax matters are involved.

A Google User
19:44 13 Mar 19
Great service! Thank you Marc for being so helpful and professional. I would recommended Protax tax services to all of the foreigners living in U.S.

Eyan Allen
17:04 20 Jan 19
I have worked with Protax several years now and I am extremely pleases with there professional work and dedication. Marc Strohl has been great in helping me during my transition from Europe and China to the US. Protax have solved some complicated issues that other tax experts could not, which have resulted in substantial financial tax returns. I look forward to our long term working relationship, and I have and will continue to recommend Protax as the number 1 choice.
See All Reviews

Get a Free
Initial Consultation

Contact Us for U.S. International Individual Tax wherever
you are, wherever you go

OUR FIRM,
OUR PEOPLE

With its warm weather, beautiful beaches and laid-back, English-speaking culture, it is no wonder that Australia is such an attractive destination for American expatriates. However, as an American, don’t forget your country of nationality and rest assured that it hasn’t forgotten you, especially when it comes time to file your annual tax return. Protax Consulting Services can help you understand your tax responsibilities as an American expatriate living in Australia. 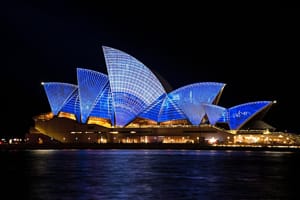 U.S. citizens and U.S. green card holders (resident aliens) have unique filing obligations, unlike the citizens of other tax jurisdictions. The U.S. imposes income taxation based upon citizenship, not based on tax residency and U.S. resident aliens are taxable on worldwide income for their lifetime unless they expatriate completely.

U.S. citizens and U.S. green card holders living and working outside the United States are required to file a U.S. tax return annually and report their worldwide income if they continue to meet the annually indexed minimum tax filing threshold amounts, consisting of the standard deduction and exemption.

Residing and working outside of the United States may permit the application of special tax laws and regulations when certain qualifications are met, permitting the offset of U.S. tax obligations in part or in their entirety. These rights of offsets are the result of the integration between the Foreign Earned Income Exclusion (FEIE), Housing Exclusion (HE) and/ or Housing Deduction (HD) available on Form 2555 – Foreign Earned Income and Foreign Tax Credits (FTC) available on Form 1116 – Foreign Tax Credit. The Foreign Tax Credit on Form 1116 may be considered if the foreign country has a foreign income tax.

At Protax Consulting Services, our primary goal and objective is to use these interplay of mechanisms – the Foreign Earned Income Exclusion (FEIE), Housing Exclusion (HE) and/ or Housing Deduction (HD) –in combination to wipe out any U.S. income tax.

For more information, fill out our contact form here!

Member and Featured Faculty of

Member and Featured Faculty of